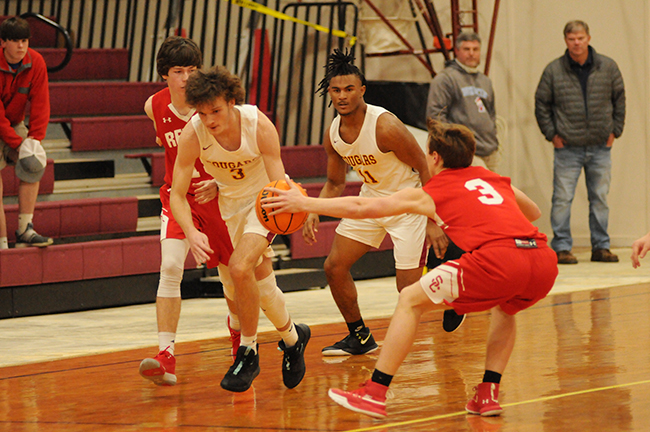 Escambia Academy is going to have to play focused and put forward a solid effort in the Elite 8 against Chambers Academy, Cougars coach Willie White Jr. said.

The Cougars defeated South Choctaw 70-35 Feb. 2 to earn a berth to the next round, which will be played at 9 a.m. this Sat., Feb. 6, at the Cramton Bowl’s Multiplex.

White said Chambers is going to be one of the better teams EA’s played this year.

“We can beat them, but we’re going to have to play well and have a good effort,” White said.

“If we limit his touches, and pretty much take him out of the ball game, we’ll be in good shape,” he said.