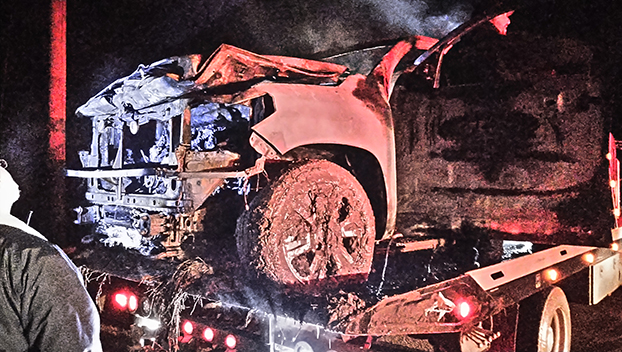 A South Carolina man was arrested by the Escambia County Sheriff’s Office (Fla.) on theft and kidnapping charges Feb. 7, and will face additional charges in Alabama, according to the Atmore Police Department.

Chuck Brooks said Brandon Keith Sheppard, 18, of Gilbert, S.C., was arrested and charged with alleged vehicle theft, kidnapping-false imprisonment and resisting officers. His Alabama charge is theft of property I.

Brooks said on Feb. 7, 2021, at approximately 7:43 p.m., the APD received a 911 call in response to a truck being stolen from First Choice Grocery on East Nashville Avenue and Medical Park Drive.

“APD officers arrived on scene and met the owner of the vehicle,” Brooks said in a release. “The owner stated while inside the store, someone drove off in his 2019 Toyota truck. A vehicle description was immediately relayed to other officers working. An APD officer spotted the truck traveling south on Florida Highway and attempted to stop it.”

Brooks said then and after the officer activated the emergency lights, the truck fled traveling at a high rate of speed.

“The pursuit continued for several miles in Florida and Alabama,” he said. “The truck then entered a private drive off of Jones Road in Florida and got stuck in a muddy field.”

Brooks said officers learned there were two other females in the truck being held against their will.

“After several minutes passed, the females exited the truck and ran toward officers unharmed,” he said. “The male suspect remained in the truck for approximately 45 minutes trying to get the vehicle out of the mud to flee from officers. The vehicle’s engine became overheated during this process and started smoking. The suspect then exited the vehicle and surrendered to officers.

“After the suspect was arrested, the vehicle became engulfed in fire,” he said. “Fire departments from Nokomis and Walnut Hill, Fla. were called to assist with putting out the fire.”

APD officers learned the suspect was alone when the vehicle was stolen, Brooks said.

The females were picked up at a nearby motel after the truck was taken and were unaware the vehicle had been stolen, Brooks said.