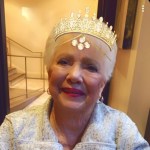 Graveside funeral services to celebrate her life were held on Feb. 21, 2021 at Mineola United Methodist Church Cemetery in Mineola.

A native of Poarch, Irene was the daughter of the late Constance Cole Lambert Parker and Rogers Milton Parker. In addition to her parents, she also was preceded in death by sister, Dorothy Parker Croft; and brothers, William “Bill” Parker, Gene Parker and Bobby Joe Parker.

Memorial contributions may be made to a local food bank in her memory.

Pierce-Jefferson Funeral Home and Atmore Memorial Chapel are in charge of all arrangements.