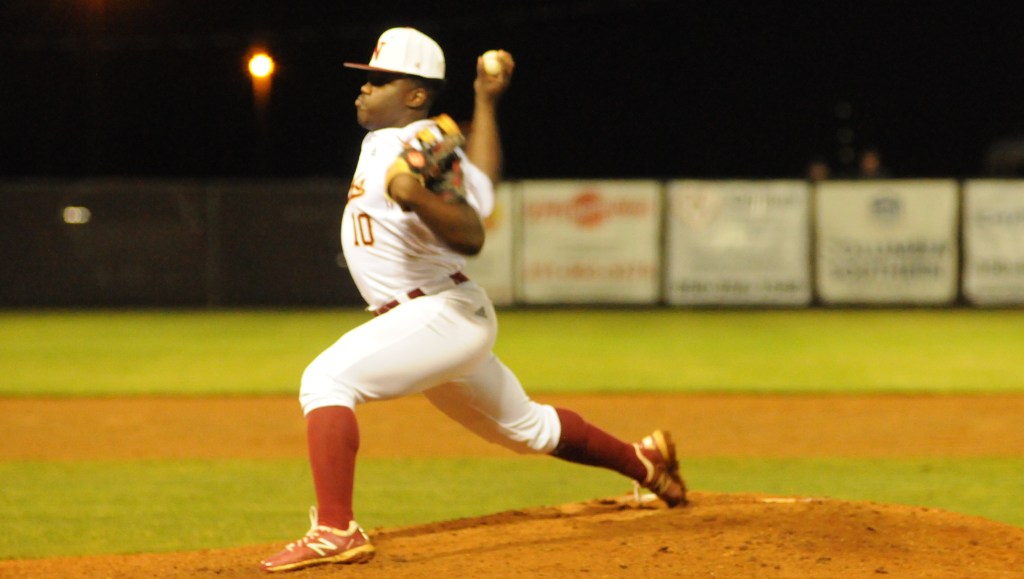 Northview’s Jamarkus Jefferson threw a one-hitter and Rustin Pope had three RBIs to help lead the Chiefs to a 7-0 victory over Flomaton tonight in Bratt.

Jefferson struck out nine and walked four to earn the victory. Josh Landis came in in clean up and struck out two while giving up three hits and two walks.

Pope went 2-for-4 with three RBIs; Kaden Odom, Josh Landis and Logan Misnar had one RBI each for the Chiefs.

Flomaton’s Rollin and Carnley had two hits each.

The game was scoreless until the third inning, where the Chiefs scored five runs and added two more in the fourth.