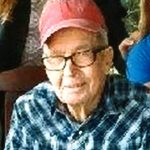 He served in the United States Army during World War II and as the constable of the Escambia County Sheriff’s Department for many years.

He is preceded in death by his parents; his wife, Edna Luverne “Sis” Smith; and his brothers, Jack Smith, Walter Smith, Winegair Smith, James Smith and Charles Smith.