Being held on $1.4 million bond

An Atmore man is in jail on narcotics charges after several local law enforcement agencies executed a search warrant on March 9, according to the Atmore Police Department. 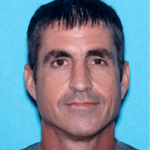 Chief Chuck Brooks said in a release that agents with the Escambia and Monroe County (Alabama) Drug Enforcement Task Force, officers with the APD and Escambia County Sheriff’s (Alabama) deputies executed the warrant, where Jason Burkett, 46, was taken into custody on multiple narcotics charges when agents discovered a marijuana grow operation at his residence on Hodgens Drive.

“Agents located approximately 3.3 pounds of marijuana, growing equipment and other supplies were found with paraphernalia such as scales and numerous firearms at his residence,” Brooks said. “Approximately 14 guns, unprescribed hydrocodone along with $14,240 was seized from the residence.”

Register for a chance to win $1 million

Want to have a chance to win $1 million? The Atmore Advance is giving you that opportunity by partnering with... read more