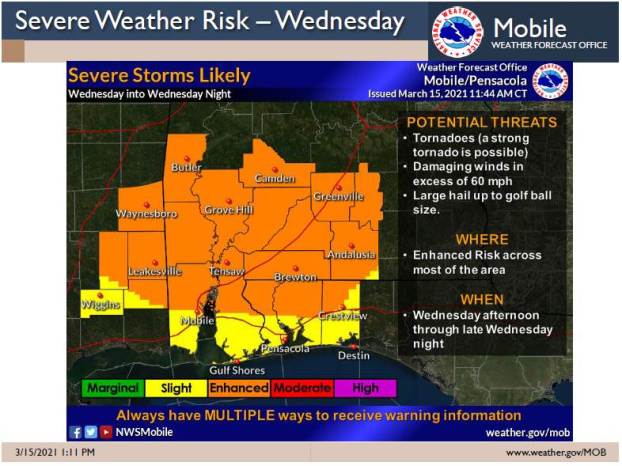 An enhanced risk of severe weather for most of the area is slated for Wednesday, according to the National Weather Service.

According to NWS officials, all modes of severe weather are possible, from tornadoes, damaging winds and large hail.

The timing of the storms will come into better focus Tuesday into Wednesday, according to the NWS.

On Wednesday, the severe potential could start this afternoon. The threat will increase late today into the evening hours and will gradually spread eastward.

The severe threat will likely stick around after midnight, especially for areas east of the interstate. The threat may not end until approximately 4 a.m., according to the NWS.

There is still uncertainty on the exact timing, evolution and extent of the weather.

Rolin Construction Inc. was recently selected as the 2021 AGC Diverse Business of the Year winner by the Associated General... read more