For the past 15 years, Alabama has benefitted significantly from revenues received through the Gulf of Mexico Energy Security Act of 2006 (GOMESA). 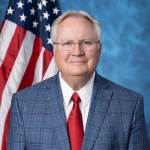 The GOMESA program sets aside 37.5% of federal royalties from new Gulf oil and natural gas drilling leases for the four Gulf oil producing states – Alabama, Louisiana, Mississippi and Texas. The funds can be used for coastal conservation projects, coastal preservation projects, and for hurricane protection.

GOMESA funds are critical to south Alabama and are used for projects like boat ramps, shoreline restorations, bike trails and nature park enhancements. Last year alone, GOMESA funds supported more than $26 million worth of projects in south Alabama. Just a few of these projects include: $4 million to Gulf State Park, nearly $4 million to Dauphin Island Sea Lab, $3 million for nature parks expansion and enhancements in the City of Foley, and several million dollars for improvements to public boat ramps and parking all over south Alabama.

Unfortunately, one of President Joe Biden’s myriad executive orders during his first days in office established an indefinite moratorium on new oil and gas leases in federal waters, “pending completion of a comprehensive review and reconsideration of Federal oil and gas permitting and leasing practices.” This decision has already directly impacted south Alabama, with the cancellation of a previously-scheduled lease sale last week. Each year, local county commissioners and municipal governments plan projects based on forecasted GOMESA funds. However, if lease sales continue to be cancelled indefinitely, our coastal communities and the four Gulf producing states will be denied a vital source of funding for years to come.

This week, I introduced the Gulf Conservation and Recreation Funding Act,” requiring the Department of Interior to pay the Gulf states what they are missing out on in additional GOMESA revenues due to cancelled leases going forward. As long as President Biden’s moratorium remains in place, the Department of Interior would have to pay Gulf states each fiscal year any difference between what they collected in normal GOMESA revenues that fiscal year and the average revenues collected for the prior three fiscal years.

President Biden has declared war on the oil and gas industry, which is already destroying jobs and harming our local economy. Despite claiming to care about the environment, he is denying Alabama and the Gulf Coast of a primary source of funding for important environment restoration and conservation. This is wrong, and I am fighting to hold the Biden Administration accountable for its destructive actions.

Why I voted against Dems’ gun bill

This month is Disability Pride Month