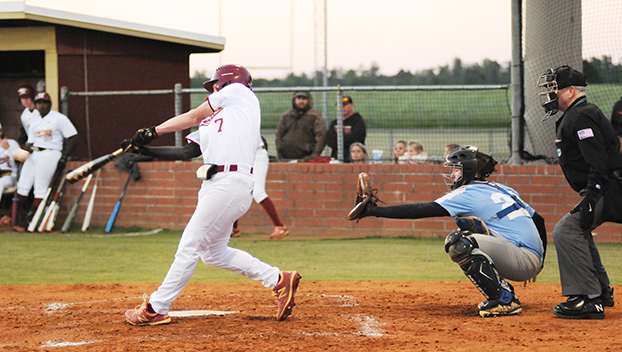 Northview scored nine runs in the first two innings and the Chiefs rolled to a 13-1 district victory over Laurel Hill tonight in Bratt, Fla.

The win caps a district sweep over the Hoboes. NHS beat LHHS 18-2 on Thursday.

Josh Landis went 3-for-4 with three runs to lead NHS; Cody Thomas went 2-for-3 with three RBIs and two runs; Wyatt Scruggs went 2-for-2 with two RBIs; and Rustin Pope, Jamarkus Jefferson, Luke Bridges and Trent Knighten had one RBI each in the win.

Laurel Hill’s Josh Senterfitt went 1-for-2 with a run; Jacob Johnson went 1-for-2; and Billy Locke went 0-for-1 with an RBI to lead the Hoboes.

Jefferson earned the win on the mound. He went 3.0 innings, allowing one run on two hits and struck out four. Cameron Patrick came in in relief, striking out five and allowing no hits in 2.0 innings.