Chiefs top Lighthouse 6-5 in walk off 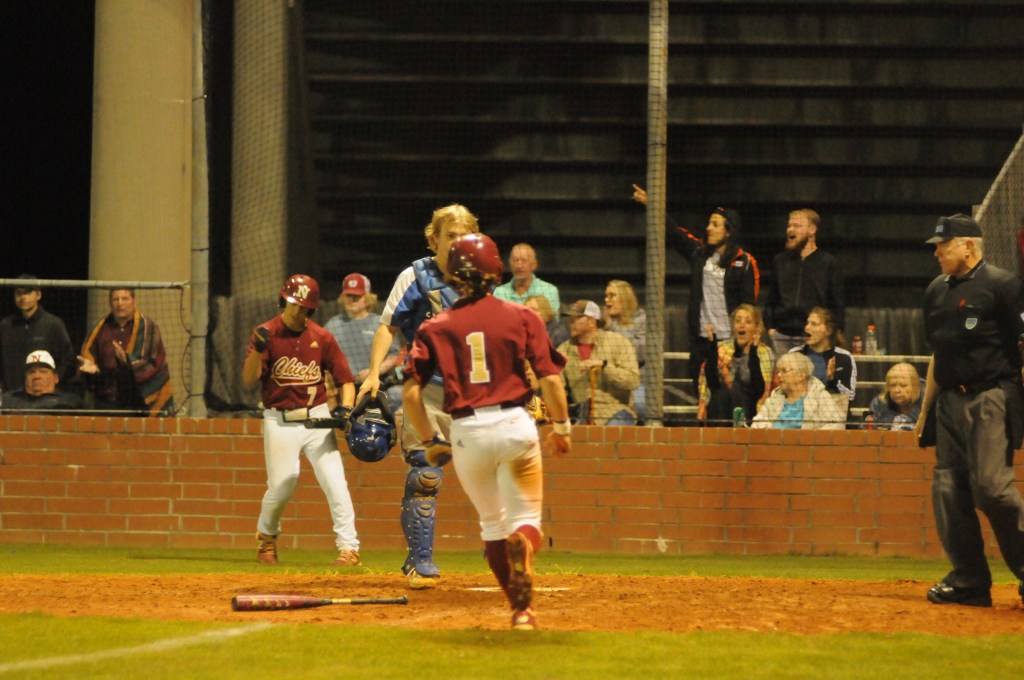 Northview’s Jamarkus Jefferson hit a walk-off in the bottom of the seventh inning tonight to help lead the Chiefs to a 6-5 victory over Lighthouse Private Christian Academy on senior night.

Jefferson’s hit in the seventh was his only of the game. He went 1-for-4 with an RBI.

Kaden Odom went 2-for-4 with two runs to lead NHS. Josh Landis, Luke Bridges and Wyatt Scruggs had one hit each for the Chiefs.

NHS went ahead 3-0 after two innings, but Lighthouse, a scrappy team, cut the game to one run in the top of the third inning. The Chiefs added one run in the bottom half of the same frame to keep the game honest.

NHS scored one run in the fourth.

Lighthouse scored two runs in the sixth and tied the game at 5-all in the top of the seventh on an error.

Ethan Collier earned the win for NHS on the mound. Collier went 1.1 innings, striking out three and allowing one run on no hits.

The Chiefs begin postseason play next Tues., April 27, against Baker, Fla. at Jay High School in the FHSAA Class 1A, District 1 semifinals. NHS needs to win its game against BHS to advance to the district championship. The district champion and runner up advance in the playoffs.