EA advances to 2nd round 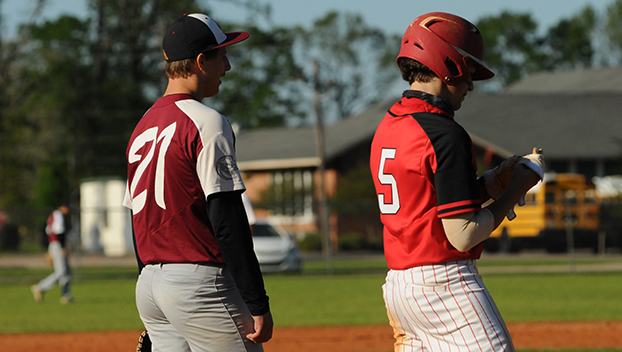 Escambia Academy’s Jacob Lee and Caleb Davis hit one three-run homerun each in the second inning and the Cougars defeated South Choctaw 16-3 today in the first round of the AISA Class 2A state playoffs.

Lee and Davis went 2-for-3 each at the plate in the win.

With the victory, EA advances to the second round, where it’ll face Edgewood next Thurs., April 29, in a best-of-three series. Tentative game times have been set for 3 p.m. and 5 p.m.

“I’m just proud that our guys showed up. They always do,” EA baseball coach Mike Sims said. “I have never had a problem with our effort. We’re still learning things about baseball. As a coach, our athleticism and our hustle are what keeps us in games.”

The third-game victory came less than 12 hours after falling 9-1 in game two to SCA.

“The score wasn’t an indication of that (Robinson’s performance),” he said. “We just had seven errors. I’m proud of the way the guys showed up, and today it paid off big.”
In today’s victory, the Cougars (20-12-1) got off to a rocking start in the first inning after Robinson put bat on ball with a hit.