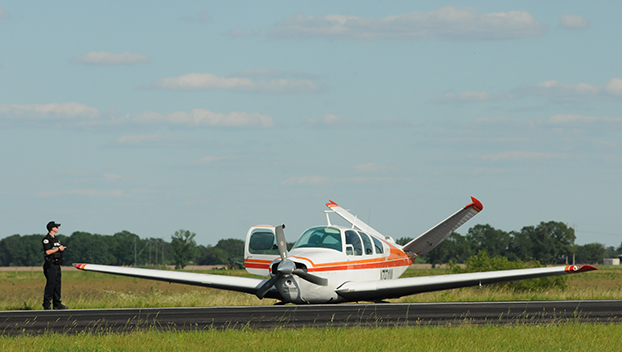 A single-engine fixed-wing airplane made a hard belly landing late this afternoon on the runway of the Atmore Municipal Airport, according to officials.

Aiport Manager Freddie McCall said there were no injuries as a result of the landing.

McCall said landing was not as a result due to an emergency, and the Federal Aviation Administration and the NTSB are going to investigate the accident.

McCall said as of around 7:30 p.m., the runway has been reopened and normal operations have resumed.