Hard work and the will to learn. 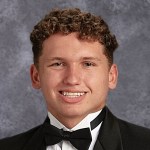 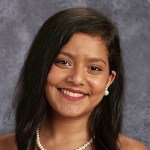 Those are two things Escambia Academy’s valedictorian and salutatorian embraced throughout their journeys in high school.

Disha Patel is the Class of 2021’s valedictorian, and Daughtry McGhee is the salutatorian.

Patel, the daughter of Bipinchandra and Mauna Patel of Atmore, said for her, it was about staying in the books.

McGhee, the son of Daniel and Jaime McGhee of Bay Minette and Poarch, respectively, said it took knowing what he had to do to be successful.

“My parents put a big focus on academics and having a hard working mentality,” McGhee said. “I just took that to school.

“Yeah, it did get tough someitmes at school,” he said. “It took a lot but I was very glad to be named the salutatorian.”

By the end of their senior years, both had weighted grade point averages (GPA) within 0.02 points of each other.

Some activities Patel participated in included the Beta Club; volleyball; track and field; and on the Student Government Association as senior class president.

McGhee played on the football team, basketball team and track and field team. He also was involved in the Beta Club; and helped kids during sixth period.

McGhee said balancing school and sports was a juggling act, but he did it with the aid of his parents, who taught being a student first is top priority.

“I make sure my school stuff comes first,” he said. “If we have practice, I make sure I work throughout the day. It’s about balance.”

Patel and McGhee will be headed to the University of Alabama this fall, where they’ll pursue studies in pre-medicine and sports management/exercise science, respectively.