Battle of the Badges Softball Game was a blast 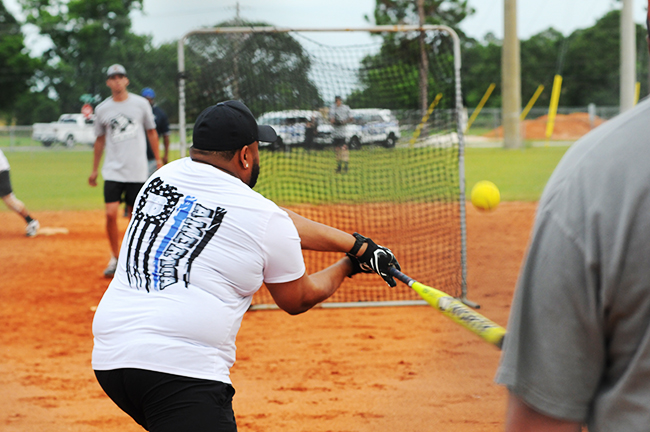 For the better part of two hours, Atmore’s finest had one heart beat.

The Battle of the Badges Charity Softball game was held May 29 at Tom Byrne Park, where the Atmore Police Department faced the Atmore Fire Department.

Even before the start of the game, the environment presented itself as something special.

First, a lot of people turned out for the game, and second everybody was having fun for a good cause.

As 5 p.m., the start of the game, rolled around I wondered why the game wasn’t beginning.

Soon enough, the reason soon could be heard.

CareFlight dropped in and delivered the game ball, and one of Atmore’s young baseball players threw out the first pitch.

Then, the game began.

For nine innings, both the AFD (The Plug Uglies) and APD (Road Runners) put up a good game as each team made some good defensive and other memorable plays.

Usually after baseball or softball games, both teams line up and give a hearty “good game” to each.

This was no different.

Everybody had a smile on their faces because I believe they had a fun time out at the ball park.

And a fun time was had by all as well.