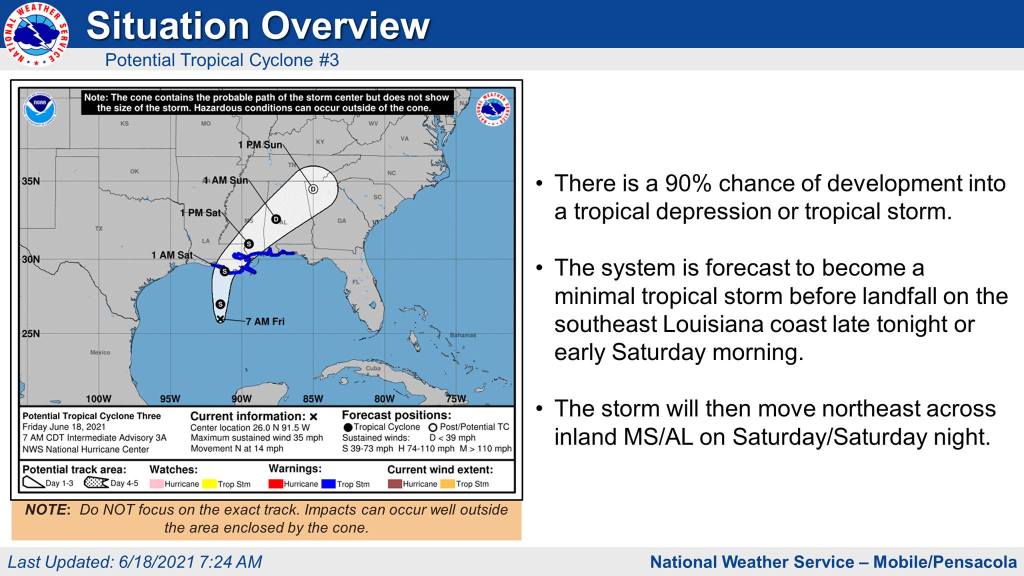 The potential tropical cyclone three is continuing to move across the central Gulf of Mexico and is expected to bring heavy rainfall and flash flooding along with gusty winds, isolated tornadoes and minor coastal flooding, according to the National Weather Service.

“Small creeks and streams may experience short term flooding as well,” Adams said. “Moderate or severe flooding is not currently forecast by the Southeast River Forecast Center, but this can change as the system develops.”