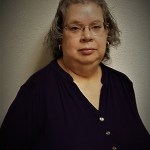 Atmore Memorial VFW Auxiliary Post No. 7016 announced June 21 that Auxiliary Member Jennifer (Jenny) Hutto has been elected to serve as guard for the Veterans of Foreign Wars (VFW) Auxiliary for the State of Alabama during the 2021-2022 program year.

As guard, Hutto will be responsible for guarding the doors of the meeting rooms and allowing only those eligible to enter. Hutto’s term is for one year; after which she may advance to other available leadership positions, according to a release.

Hutto will serve her tenure as guard under the leadership of Kay Gedling, 2021-2022 president of the VFW Auxiliary for the state.

Hutto has been a member of the Atmore VFW Auxiliary No. 7016 since 2013, joining under the eligibility of her father, the late Jim Odom, a World War II veteran.

She has served as a floor page and personal page for Donna Woerner, past state president as well serving as a committee chairman for three years. She said she was honored to be the state 2020-2021 POW/MIA Flag carrier.

Hutto resides in Bay Minette and is the daughter of the late Jim and Jeanette Odom. She is employed as senior legislative assistant for the Baldwin County Legislative Delegation.