The board of directors for United Bancorporation of Alabama Inc., the parent company of United Bank and UB Community Development, announced recently the retirement of Chief Executive Officer and President Bob Jones. 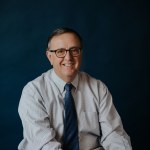 Jones’ retirement was effective on July 2, 2021, according to a release.

The board thanks Jones for his years of service and appreciates the company’s achievements during that time, officials said in a release.

The board of directors has elected Michael R. (Mike) Vincent to serve as interim president of United Bancorporation of Alabama Inc. and United Bank.

“We look forward to the continued growth of United, including, in particular, the acquisition of Town-Country National Bank,” Swift said in a release. “We are excited about welcoming Town-Country to the United family in the near future.

“This is a great time for United Bank especially because we have the opportunity to advance superb talent from within the company. Because of their long history with United Bank, the elevation of Mike Vincent to interim president and the return of Gwen Braden to her role as executive vice president and chief operating officer have the added benefit of ensuring a seamless transition for both employees and customers.”

Jones, 69, joined the company in 1990 and became president and chief executive officer in 1992.

According to officials, Jones decided to retire because of personal reasons.