Escambia County School Board members met in the main courtroom at the Escambia County courthouse on Friday to select the next superintendent for the school system. 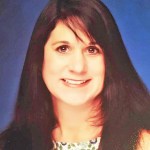 After the final paper ballot was tallied, Michele McClung was named as the board’s top pick for the job. She currently serves as the Director of Teaching, Learning and Assessment for the Mobile County Public Schools Board of Education.

With the field of more than 20 candidates narrowed to six by staff with the Alabama Association of School Boards, ECSS board members were tasked with narrowing the field to two.

Following three nights of interviews among the six candidates, board members cast a paper ballot naming their top two choices for the position being vacated by a retiring John Knott.

In the first round of voting, board members narrowed the field to include McClung and Gary Glass, a principal in the Monroe County Board of Education system.

Other candidates receiving a nod in the first round of voting were current ECSS Assistant Superintendent Sandra Reid; Barbarietta Turner, Director of Student Services in Monroe County; and Dr. Stephen Webber, principal in Marshall County.

When the candidates were narrowed to two, McClung and Glass were the top vote-getters in the selection process.

A second paper ballot was cast by board members  with a roll call vote confirming their selections. The final vote gave McClung four votes while Glass received three. Those voting in favor of McClung were Nolan, Hoomes, Edwards, and White while Glass received votes from Benjamin, Jackson, and Wallace.

Board Chairwoman Cindy Jackson said contact with McClung would be made to offer the position as superintendent and would be dependent upon a satisfactory negotiation of a contract.

Benjamin made a motion that all board members agree to be unanimous in their decision to show support for McClung if named to the position.