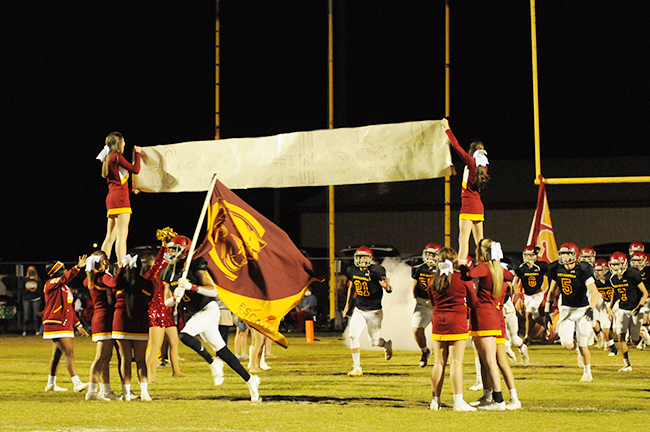 Escambia Academy’s Bubba Nettles scored four touchdowns and Kevin Farrish racked up four sacks to help lead the top-ranked Cougars to a 59-47 victory over No. 2 Glenwood on Aug. 27.

Nettles, who rushed for 113 yards last week in the second half to then No. 1 Pike Liberal Arts, rushed for a career high 276 yards on 25 carries against Glenwood.

He added 53 yards receiving for 329 all purpose yards.

Quarterback Landon Sims rushed for 152 yards on 13 carries and scored two touchdowns. He was 2-of-3 for 53 yards and kicked four extra points.

Christian Crook added 71 yards on 8 carries and scored on touchdown.

EA rushed for 428 yards on 49 attempts against the Smiths Station team.