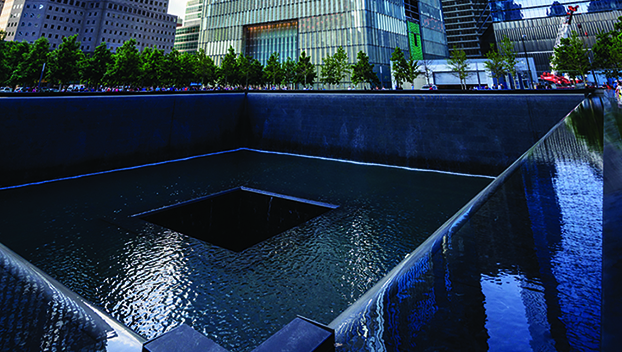 Twenty years ago on Sept. 11, the world stopped.

The 9/11 attacks on the World Trade Center in New York City, the Pentagon in Washington, D.C. and in Pennsylvania left a mark on the country.

In recent years, people have thought about where they were when the attacks occurred.

To mark the day, The Atmore Advance asked its Facebook followers what sort of normal activities they remember participating in on Sept. 11, 2001.

Ryan James, an Atmore Police Department officer, said he was training at airborne school in Fort benning, Ga., and was deployed in 2002 with the 82nd Airborne Division of the U.S. Army.

Missy Hardy said she went to work on that fateful day, and the TV in her office was on “CBS This Morning.”

“I was busy, but listening and not really watching the show, and they said a plan had just crashed into the first tower,” Hardy said. “My heart sank.”

Hardy said she tried to call family after the second tower was attacked, and as the day went along, the news got worse and worse.

Ann Waller said she was at her mother’s house in Dothan.

“She always watched the morning show,” Waller said. “A person broke in and announced New York had been attacked. We were in shock. Later that day, I went to Walmart and bought flags and anything else that had red, white and blue on it. I went back to the house and draped outside banisters and anything else that would hold a flag.”

Laura N. Joiner said she was at L.V. Stabler in Greenville doing a clinical rotation on the psych unit when the day unfolded.

“A nurse taking her break in teh break room came running in to tell us what she just saw on the news,” Joiner said. “We were all so worried and scared not knowing what may happen next.”

Rebecca Meadows said she was asleep in her dorm at Auburn when the attacks occurred.

“My dad called first thing and told me to turn the TV on,” Meadows said. “I turned it on and saw the towers on fire. I went to class that day at the Haley Center, which back then was the largest and busiest building. It was full of students and faculty, but everyone was quiet and still as they watched the coverage on the first floor.

“There were so many emotions, but what stook out the most was patriotism,” she said. “Pride. Determination. Selflessness. Courage. I miss that America.”

Kevin Grace said he had a dentist appointment during the day.

For Mandy M. Ware, she found out she was pregnant with her first that day.

“I had never been so emotionally confused,” she said.