EA girls improving as a team 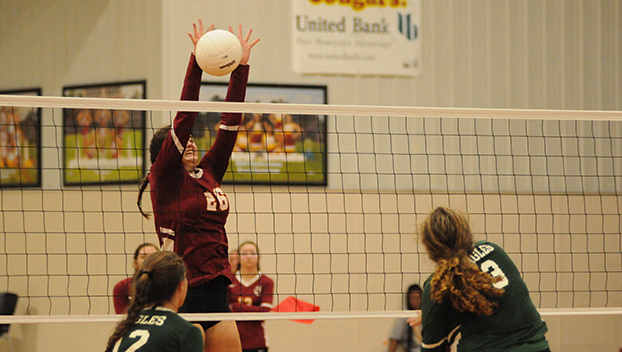 Escambia Academy’s varsity volleyball squad is playing as a team.

The Lady Cougars are 2-3 on the season with victories over Snook (3-0) and Jackson Academy (3-1). EA’s losses include to bigger schools in Clarke Prep, Fort Dale and Lowndes Academy.

Head coach Larry Bonds said after losing five starters off last year’s team, they knew they were going to be young, however.

“We have one senior (Lillie Lanham) out there, and the rest are juniors and sophomores,” Bonds said. “We’re starting to learn to play as a team. Now, we’re starting to improve. They play hard.”

During the Sept. 9 victory over Jackson, EA’s Tiffany Gookin had 29 service points in a row.

“The effort is there,” he said. “We’re learning to play together.”

The Lady Cougars play next on Tuesday against Jackson on the road, and then host Lighthouse on Sept. 16.