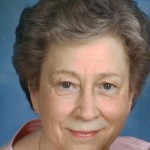 She is preceded in death by her husband, Herbert L. “Dale” Cooper; her daughter, Kathy Cooper Patrick; and her brother, Lowell McGill.

She is survived by her son, David (Linda) Cooper of Augusta, Ga.; her daughter, Becky (Bruce) Gentry of Cape Girardeau, Mo.; her sisters, Glennes Hadley of Perdido and Diane Weaver of Silverhill; six grandchildren; along with several great-grandchildren.

Funeral service was held on Sept. 10, 2021 at First Baptist Church of Atmore with the Rev. Arnold Hendrix and the Rev. Kevin Garrett officiating.