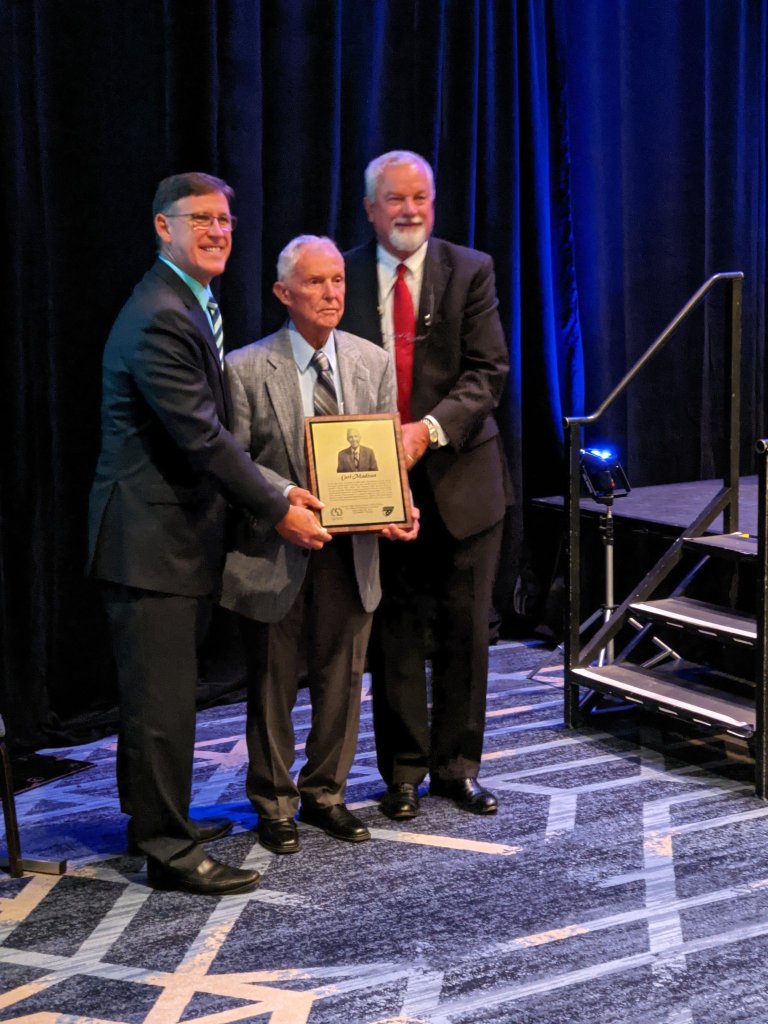 One of Atmore’s own was inducted into the 2021 class of the Florida High School Athletic Association Hall of Fame Sunday night at the University of Florida.

Carl Madison, legendary Florida coach and known as one of the “Barnes Boys,” was a tailback in 1945-47 for legendary Escambia County High School head football coach Herbert Barnes. During the three-year span the Blue Devils won 30 straight games, according to Atmore Advance archives.

Madison enlisted for three years in the U.S. Army, and afterward played college football at Texas Tech and Troy State Teachers College in the mid 1950s.

He coached at Ernest Ward High School in Walnut Hill, then moved to Milton and took a coaching job at a Georgia high school.

Madison joined the coaching staff at THS in 1971.

Atmore resident Floyd Adams, who coached with Madison at Milton in 1960 and at THS from 1972 until 1983, said the legendary coach is worthy of the honor.

“This is truly a great honor,” Adams said. “He’s one of the winningest coaches in the state of Florida.”

Adams and Madison coached together some 15 years, and the Atmore resident said Madison was tough, but fair.

“If he told you something, that was the way it’s going to be,” Adams said. “He tried to always have the best 11 on the field.”

He won five state championships in his career, three in Florida and two in Alabama. He won back-to-back championships while at Pine Forest in Florida in 1987 and 1988 and while coaching the Jackson Academy Eagles in 2002 and 2003. He won his first state title in 1980 THS.

Recently, the football field at THS was renamed “Carl Madison Field” in honor of the coach.

At present, Madison is No. 2 on Florida’s all-time coaching victories list with a 326-129-7 record, according to reports.

“He would tell the defensive coaches if you hold them to 28, then we’d win,” Adams quipped.

Adams recalled Madison being offered a job to coach on Vince Dooley’s staff at the University of Georgia.

Adams said Madison turned it down because he knew on Saturday mornings, he’d be recruiting.

Adams said Madison set the standard by which every high school in the panhandle tried to match.

“Everything he gets it’s very deserved,” Adams said.