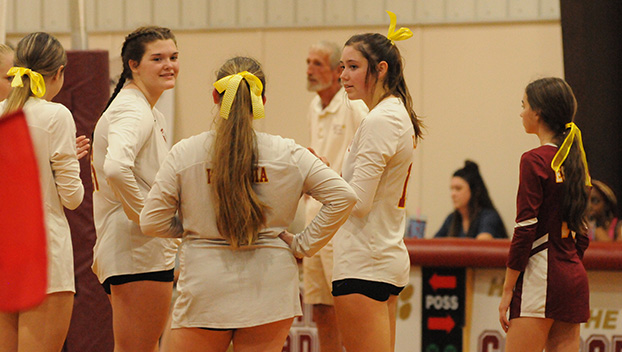 Escambia Academy’s Lady Cougars are going to give everything they have as they vie for the AISA Class 2A, Area 2 volleyball title tomorrow night against Jackson Academy.

Bonds said the last time the girls play Jackson, it was a close match. EA won 3-1 during the road contest earlier this eason.

“They were all close matches,” he said. “Our girls know they’re going to be in a dog fight (tomorrow night). I think our girls are ready to answer the call. It’s been a long time since EA won the area championship.”

Bonds said the girls are starting to come together as a team at the right time. At present, the Lady Cougars are 7-4 on the season.

“After a slow start, they didn’t quit,” he said. “They have practiced hard, and really improved their skills.”