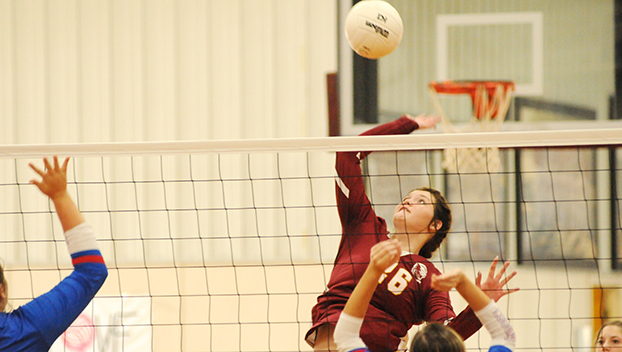 Escambia Academy lost 3-2 to North River in the first round of the AISA Class 1A Elite Eight Tournament on Monday.

“These girls worked hard, and played hard,” EA volleyball coach Larry Bonds said. “We had to play a good North River. Our girls battled with them.”

Bonds added that their game was the last being played on the court as all the others went 3-0.

Bonds said Lillie Lanham, the team’s only senior, did well for the Lady Cougars.

Against Jackson, L. Lanham had five kills; and Caitlin Lanham had four kills to lead the Lady Cougars.

Tiffany Gookin had two aces and six kills; and KayLeigh Jay had six kills in the loss to Crenshaw Christian.

Gookin and L. Lanham were selected to the All-Tournament team.