Woman one of three charged in 2017 case

An Atmore woman is one of three who have been charged with capital murder from a 2017 homicide that occurred on College Street in Flomaton, according to officials. 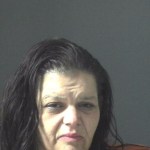 According to NorthEscambia.com, around 2:30 p.m. on Aug. 12, 2017, the bodies of Timothy Adams, 50, and Susan Adams, 61, were found with several gunshot wound inside their mobile home on College Street in Flomaton.

Thompson said in the release that the case made a big impact in the area, and the department continued to investigate leads.

“Our department continued to investigate leads in reference to any information pertaining to this case that was brought to our department and investigate all information fully,” Thompson said. “As of recently, we once again began to look very closely at all evidence that in which we had.”

According to NorthEscambia.com, the chief said the victims’ phones and some of their property were taken from the scene and left in two different locations. 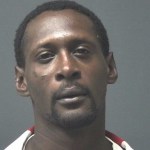 Thompson said he was pleased to see the victims and their families see justice.

“This case made a strong impact on the Flomaton area in the year 2017,” he said. “We are a very close community, where everyone knows everybody. At the time of this double homicide, I was an investigator with the department under Chief Bryan Davis. Our department at the time was very committed to the investigation of this case, as we still are today. I am very pleased to see that the victims of this case and their families are able to start seeing justice here in 2021 four years later.”

He also thanked Escambia County Sheriff Heath Jackson and his deputies; the Atmore Police Department and Chief Chuck Brooks; agents with the Alabama Drug Enforcement Task Force; the Poarch Creek Tribal Police; and the Jackson Police Department for their help in the case.

“It is truly a blessing from God in my eyes that we as a whole were able to begin the process on bringing justice to these victims and the closure that the family deserves,” Thompson said.

According to reports, the investigation is ongoing, and no further arrests are expected.