Special session is about ‘simple’ lines on a map 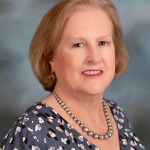 The average Alabamian may not know or care that every 10 years their legislative and congressional district lines are redrawn, but it is vitally important to their well-being in many ways. It dictates who will represent them in the State House of Representatives, State Senate, State School Board and Congress over the next 10 years. It also dictates billions of federal dollars that could come into our state for various needs.

Citizens had an opportunity to participate in 28 hearings held across the state, but few did. Alabama’s population is now 5 million. Our state population grew 5 percent over the past 10 years despite a population decrease in 40 of our 67 counties.

Reapportionment occurs based on numbers from the most recent census. Those numbers show the most growth in our state in the past 10 years occurred in Baldwin and Limestone Counties, and in the cities of Auburn, Huntsville and Tuscaloosa. It is worth mentioning that Huntsville is now Alabama’s largest city.

While the census controls where the new lines are drawn, so do expectations and requests from legislators and other elected officials. This is where simple lines on a map become difficult.

Elected officials want to remain in the district where they won and have a strong presence. Better yet, they may want new lines drawn that could garner them more favorable votes. (This is true for both Democrats and Republicans.)

For now, the legislative committee has approved drafts of the new maps, but a vote of the Legislature will be required for final passage during the special session which began Oct.28.

Sen. Jim McClendon and Rep. Chris Pringle are doing a fine job co-chairing the reapportionment committee. If they don’t, a legislator who irritates them could find themselves with a district drawn into Georgia or Mississippi. I joke, but McClendon nor Pringle would dare not do such a thing. They may want to, and I wouldn’t blame them it they did, but they won’t.

I am certain McClendon and Pringle will do a fair and thorough job. Whether they can make everybody happy remains to be seen, but it’s doubtful. The entire process is a tough job of juggling personalities, wants, needs and what should be simple lines on a map. Obviously, there is a lot more to it, or there wouldn’t be a special session to address it.