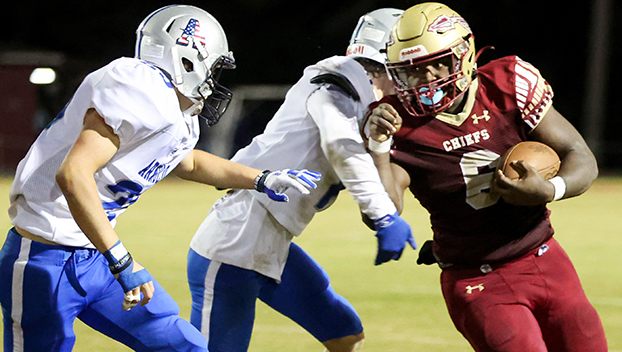 Northview outscored Arnold, Fla. 28-6 in the second half and went on to a 49-27 victory in its regular-season closer on senior night tonight in Bratt.

The Chiefs, hitting a good winning stretch at the right time, gave up some big plays in the first half, but played better defense in the second. The game was notched 21-all at halftime.

“At halftime, we told our kids we just have got to tackle better,” NHS head football coach Wes Summerford said. “It’s all about fixing the tackling. I was proud of them in the second half, holding them (Arnold) to one score.”

This week, the Chiefs enter the postseason, and host Bozeman in the first round.

Summerford said this group of seniors is special as they challenged the young guys to come out and play well. He said Ashton Ray has played hard for the team this year.