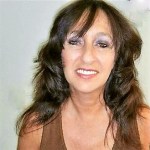 She was born on June 24, 1966 in Jacksonville, Fla. to Walter Hogge and Anita Polson Zilcosky.

She is preceded in death by her husband, Gary Arthur Whiting; and her granddaughter, Braylee Ann Chevelle Lambert.

She is survived by her parents, Walter (Geanette) Hogge of Hampton, Va. and Anita Zilcosky of Jacksonville; her fiancé, Donald Rebello; her children, Nicholas Whiting of Pensacola, Fla., Leslie Whiting (Ray Baxley) of Perdido and Justin Whiting of Orlando, Fla.; her sister, Tina Peach of Palm Coast, Fla.; and her grandchildren, Sheyanne Lambert, Allison Lambert and Keira Peacock.