Officials said he may be in Perdido, Atmore areas

The Baldwin County Sheriff’s Office announced tonight that it is continuing to search for Jonathan Singleton who walked off from a work detail around 1:45 this afternoon. 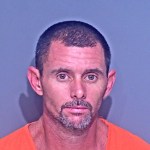 Singleton was part of a work crew doing maintenance at the sheriff’s office training center in Stapleton.

“It is believed that Singleton was assisted by unknown persons who gave him a ride out of the area.  Singleton may be in the Perdido or Atmore areas,” Capt. Clint Cadenhead said in a release.

The Baldwin County Sheriff’s Office will vigorously pursue charges against anyone who has aided or plans on giving aid to Mr. Singleton, Cadenhead said.

Anyone with information is urged to contact Sheriff’s Communications at 251-937-0202.