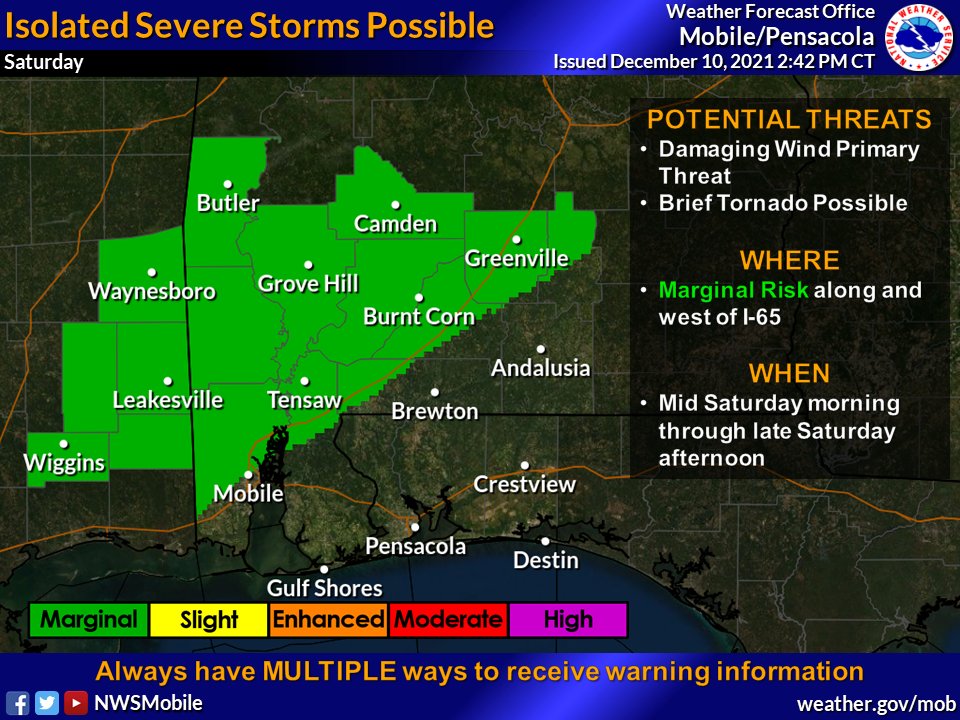 A marginal risk weather threat is slated for tomorrow, Sat., Dec. 11, along and west of Interstate 65 from mid morning through late afternoon, according to the National Weather Service.

The potential for severe storms is west of I-65 across parts of southeast Mississippi and southwest Alabama.

The threats include damaging wind with a few tornadoes possible.

According to the NWS, there is a a chance of showers and thunderstorms, then showers and possibly a thunderstorm after noon. Patchy and dense fog is slated before 9 a.m. with a high near 76.

South wind 10 to 15 mph becoming northwest in the afternoon. Winds could gust as high as 25 mph. Chance of precipitation is 90%. New rainfall amounts between a quarter and half of an inch possible.

A 40 percent chance of showers before midnight. Mostly cloudy, with a low around 44. North wind around 10 mph.