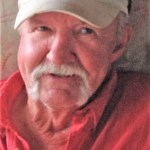 He is preceded in death by his parents; his first son, Donald Carey Bullard; and his sister, Virginia Hobbs.