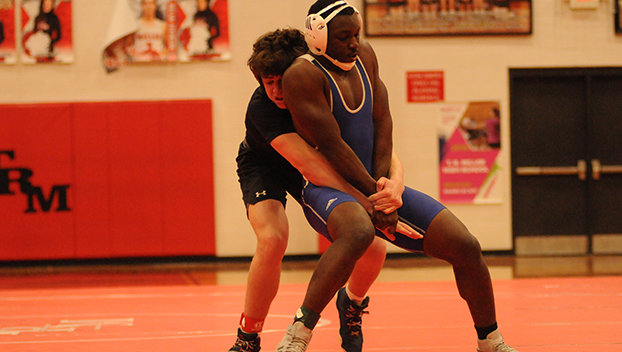 Escambia County’s wrestling team has improved since its inaugural season in 2020.

During the 2021-22 season, the Blue Devils have won two matches.

Elijah Thomas leads ECHS with an 11-4 record on the mat.

Wrestling coach Joel Gonzalez said the team has gotten so much better as the year has commenced.

He said the wrestlers have focused on conditioning and understand the sport.

During an earlier match this week, ECHS defeated Milton, Fla. and came up close against T.R. Miller and Bayside Academy in a quad match on Tuesday.

This weekend, ECHS will wrestle in a duals tournament in Mississippi before going to sectionals in Montgomery in early February.

The top four from each weight class advances to Huntsville for the state tournament.