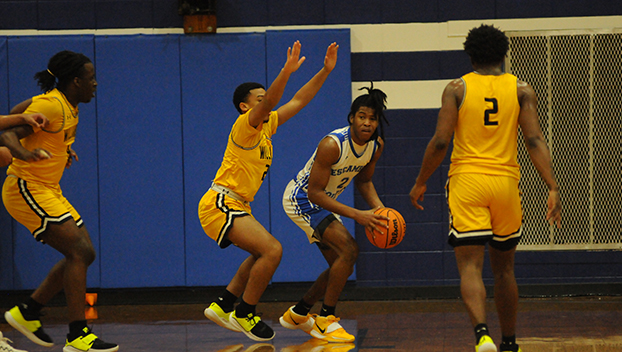 With the victory, the No. 2 Blue Devils earned the right to host the area tournament, which will be held in early February. Dates and times will be announced at a later date.

During the victory, ECHS trailed by nine at halftime and was down by 14 in the third period.

ECHS boys basketball coach Layton Knight said they played solid defense, and fought back to get the win.

Knight said the win was a complete, team win.

Sheldon Williams led ECHS with 28 points and 13 rebounds for a double double. He also had eight blocks on the night.

ECHS is back in action tomorrow night against Vigor for senior night. Varsity girls tip off at 5:30 p.m. followed by the boys.

The senior recognition ceremony will be held after the girls game.