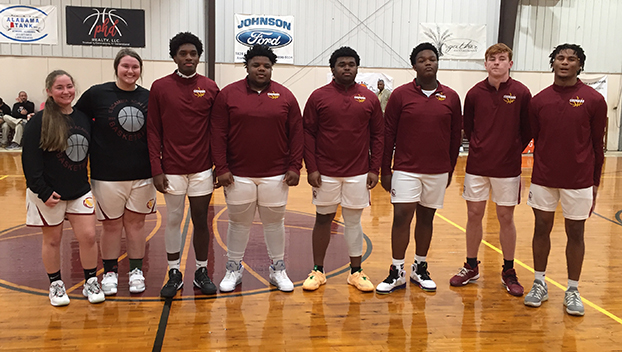 With the victory, the Cougars won the AISA Class 2A, Region 2, Area 1 title, and earned a bye in the first round of the state playoffs.

EA boys basketball coach Willie White said the win was a big one in the program.

“It was a competitive game,” White said. “We were down four with less than a minute. I’m proud of the boys, they didn’t quit.”

White said one thing that really helped in the win was senior Landon Sims, who played with a broken finger. He said he broke it during practice the other day, and decided to play in the important game.

The Cougars will face Lighthouse Christian Academy tomorrow night on the road.