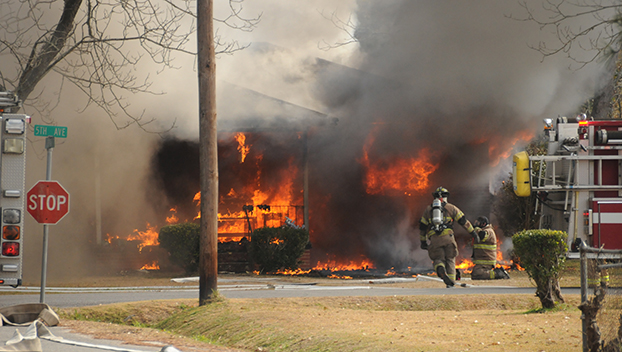 Peebles said the structure was deemed a total loss, and nobody was harmed or hurt.

“Luckily, she had left and went down to the silver sneakers, and was doing her exercising,” Peebles said, adding that it was really good the resident wasn’t home.

Peebles said the cause of the fire appears to be an extension chord that was attached to a space heater. He said the heater wasn’t left on, but they think the chord got pinched and shorted out, adding that the resident remembers turning the heater off before she left her home.

The Poarch Creek Fire Department responded for mutual aid, and all off duty firefighters were called as well.

Peebles said a couple of rooms were saved, and the American Red Cross was called to aid the homeowner.