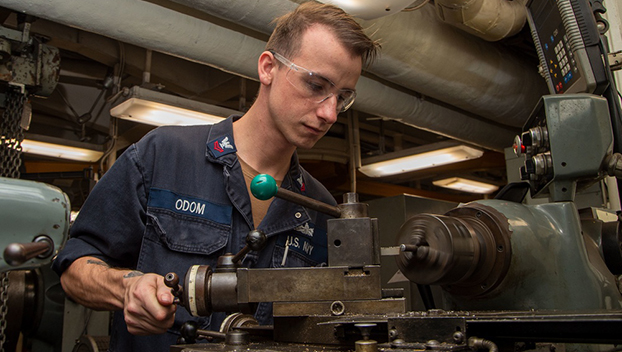 Odom recently was using a lathe to manufacture pins for a spotting dolly in the machine repair shop aboard the CVN 75 on Jan. 28.

The Harry S. Truman Carrier Strike Group is on a scheduled deployment in the U.S. Sixth Fleet area of operations in support of naval operations to maintain maritime stability and security, and defend U.S., allied and partner interests in Europe and Africa.