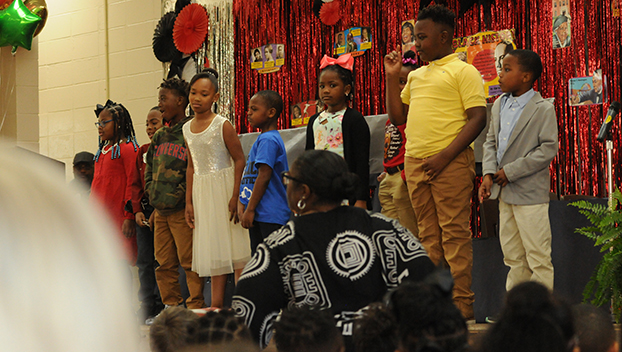 “I am President Abraham Lincoln.”

“I am President Barack Obama.”
This was a small portion of Rachel Patterson Elementary School’s annual Black History Program, which was held on Feb. 28 in the school’s cafeteria.

RPES second grade students put together the program. The program highlighted African American figures in history; students sang songs; a poem was said by a group of students; and a special guest performance was brought by The I Am Kingdom Dancers.

The skit was “Get to the Back of the Bus,” and chronicled Parks’ decision to stay in her seat and afterward.

The directress of order was Jehle Poindexter.