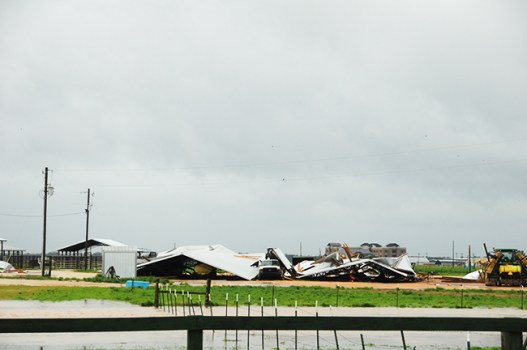 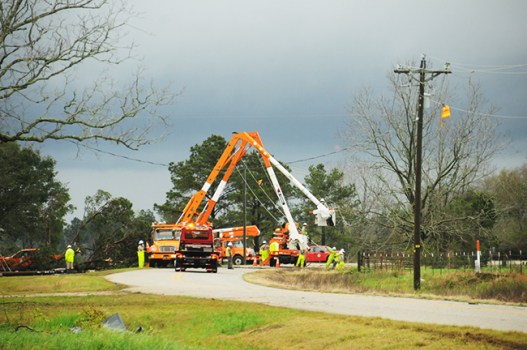 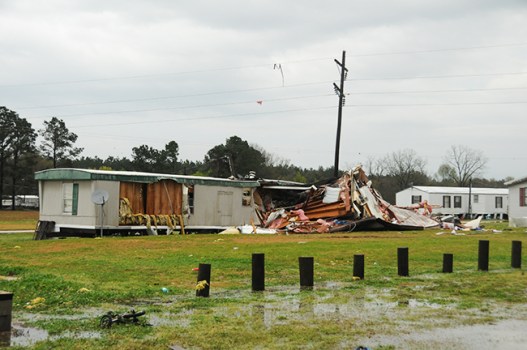 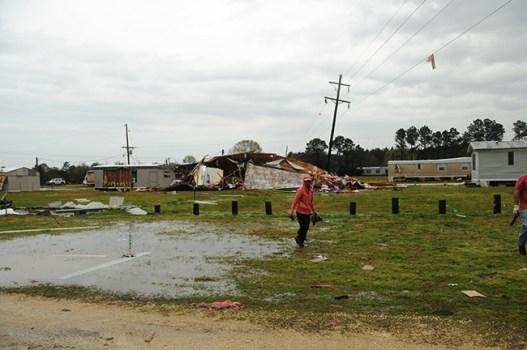 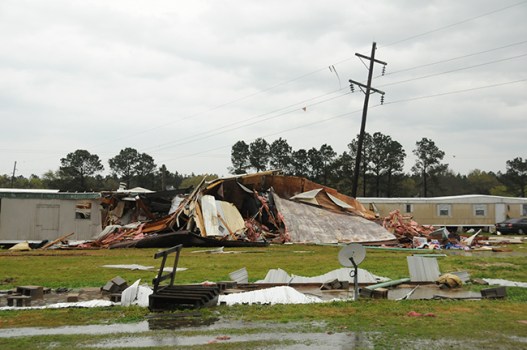 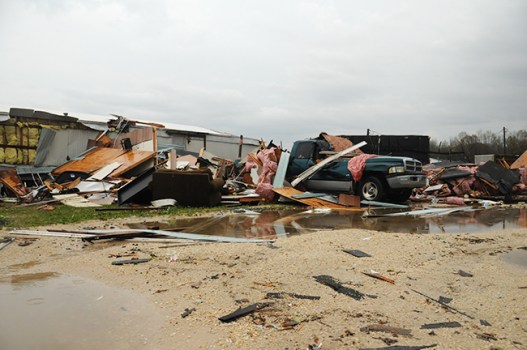 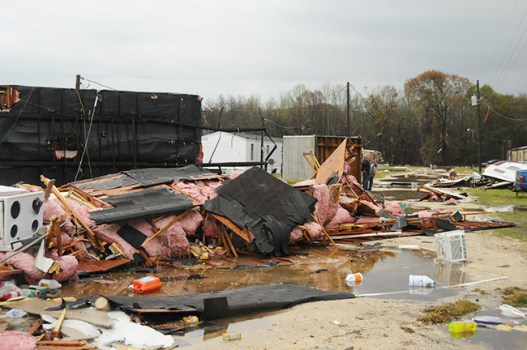 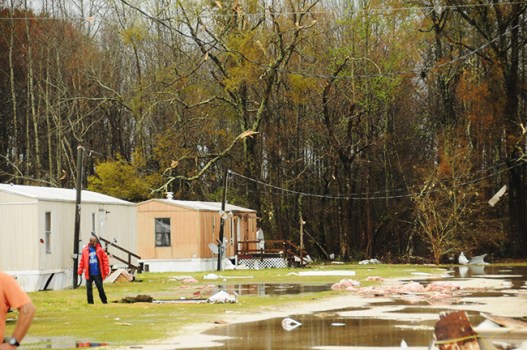 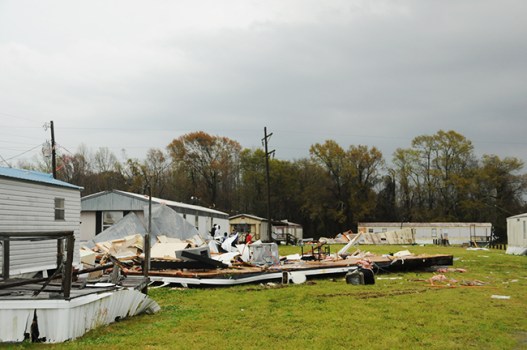 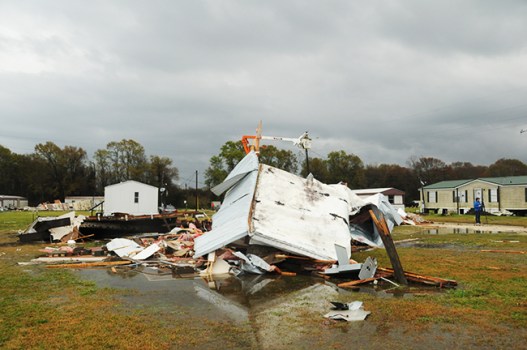 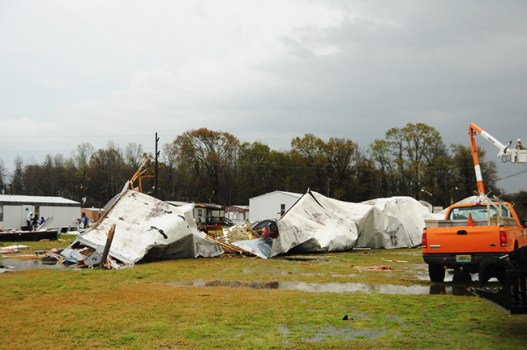 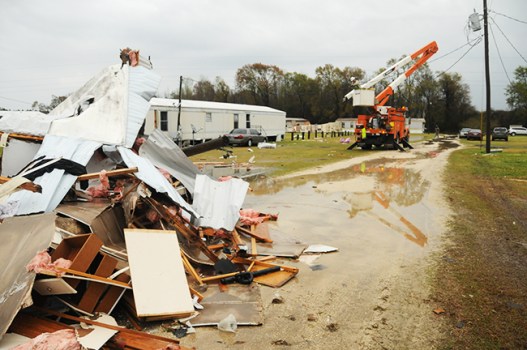 Six people were injured as a result of straight-line winds that swept through the Big Oak Mobile Home Park this morning, according to officials.

Escambia County Sheriff Heath Jackson said this morning, at approximately 9 a.m., the department started receiving calls of a possible tornado touching down in the 7400 block of Jack Springs Road.

Jackson said when the ECSO arrived, there were numerous mobile homes overturned. He said one trailer was completely flipped over.

“Approximately, nine were totaled,” Jackson said about the trailers. “There were two injuries that were transported by ambulance. One was a walk in and numerous people had bumps and bruises.”

Jackson confirmed that five of the six injured were transported to hospitals in Mobile, two of which were critical. The sixth was the walk in.

Jackson said officials did a grid search of the mobile home facility, all are accounted for and there are no fatalities.

“We had one guy who was in his mobile home when the storm hit,” Jackson said. “He said he was asleep and when he woke up, he was in the woods.

“The good lord was looking out for him and we are sure appreciative of that,” he said. “We’re just now trying to get people placed, trying to find places for people to go to have a shelter over their heads.”

EMA Director David Adams said those morning that based on the evidence he’s seen, the storm gives him mixed signals.
“Some of it support straight-line winds, and some support a possible tornado,” Adams said, adding that the National Weather Service of Mobile will be on scene tomorrow to make the confirmation, however. “My initial take is straight-line winds.”

Jackson said there are approximately 25-30 mobile homes in the facility. He said it looked like a tornado hit the place.
“It’s devastating,” he said. “Those people have nothing left. That’s the hardest part. We’re s thankful no one was killed.”

Bianca Peoples and Andre Riley, who lives at Big Oak Mobile Home Park, said the storm was like something they’ve never seen.

“We were in the bed, and we heard when the wind went off,” Peoples said. “When we heard the wind, the whole trailer just shook, back and forth. I ran in there and grabbed my baby, and it came threw and threw the bed. The wind was coming. It shook everything. My baby’s whole room was damaged.”

Peoples said it was heart breaking, as a mother, to hear other children crying outside.

In the damaged areas of the mobile home park, residents’ belongings were seen strewn about.

Jackson encouraged area residents to stay clear of the mobile home facility while officials continue the clean up.

Additionally, a few sheds were nocked down at Perdido River Farms.