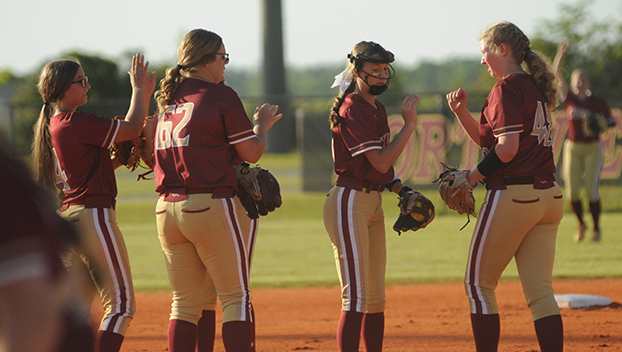 Northview’s girls and boys varsity softball and baseball teams will play for the FHSAA Class 1A District 1 championship tomorrow night against Jay, Fla.

The Chiefs dispatched of Baker, Fla. 10-0, while the girls topped Paxton, Fla. 4-3 on Tuesday.

Both teams play at 7 p.m. tomorrow. The baseball team plays at home, while the girls play at PHS.

Northview’s Jamison Gilman scored on a fielder’s choice in the top of the seventh, and the Lady Chiefs held on to advance to the district title game.

Gilman’s tie-breaking score came after a late surge from the tournament hosts. Paxton scored three runs in the sixth to even the field.

Kayla Dixon hit a two-run single in the top of the fourth inning to score Kailyn Watson and Kaitlin Gafford for a 2-0 lead.

NHS increased its lead in the top of the fifth on an RBI single from Emma Gilmore.

Gilmore earned the win in relief, pitching one inning, striking out two and allowing one hit. 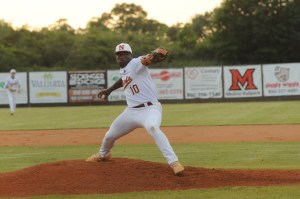 Jamarkus Jefferson pitched five shutout innings, allowing one hit and striking out eight to earn the win on the mound.

Jefferson was also instrumental in the infield as he made a stellar play for an out at first base in the top of the second inning.

Several Chiefs had multiple hits on the night.

Pope’s two-run single in the bottom of the second gave the Chiefs a healthy 4-0 lead.

The Chiefs added one run in the third inning and five in the fifth.