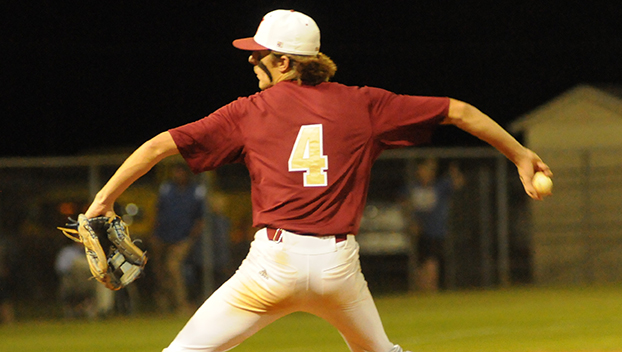 Northview scored two runs in the fifth inning and Kaden Odom put together a strong performance on the mound as the Chiefs topped Jay, Fla. 2-1 Thursday night to win the FHSAA Class 1A, District 1 championship in Bratt.

This win marks the second-straight district title for the Chiefs. NHS will host the next round on Tuesday. The Chiefs’ opponent hasn’t been decided.

“Kaden Odom pitched a great game for us,” NHS head baseball coach Jeremy Greenwell said. “He is such a great competitor. His competitive edge got him the win (Thursday night).”

Odom allowed one run on three hits and struck out five in a complete-game performance for the Chiefs.

Trailing 1-0 in the bottom of the fifth inning, Northview’s Rustin Pope hit an RBI single to score Luke Bridges to tie the game. With two outs, Josh Landis hit an RBI double to score Logan Misenar for the lead the Chiefs’ would never give up.

Greenwell said he gave Landis the green light to swing on the 3-0 count, and “he drove in what ended up being the winning run.”

Landis went 2-for-2 with an RBI to lead NHS. Bridges, Pope, Ethan Collier and Aron Chavira had one hit each.

Jay’s Justin Smarr went 2-for-3 to lead the Royals.

Greenwell added that coaches Rob Myrick, Kevin Barrow and Mike Daniels put together a great scouting report to keep the Jay hitters off balance throughout the game.

Jay scored the go-ahead run in the bottom of the sixth inning and held on to beat Northview to claim the district championship in Jay.

Northview’s Emma Gilmore went 2-for-3 with three RBIs to lead the Lady Chiefs. Jamison Gilman, Kailyn Watson and Kayla Dixon had one hit each.

Ella Nelson and Alayna Lowery had two hits each for JHS.