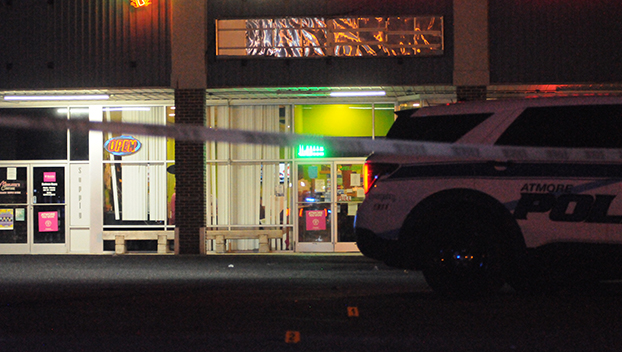 A juvenile female is facing endangerment charges and two other women have been charged with disorderly conduct following an investigation into the fight that led to shots being fired in the parking lot of Acapulco Mexican Restaurant Thursday night, according to the Atmore Police Department.

Public Information Officer Sgt. Darrell McMann said in a release that the juvenile female is facing charges of reckless endangerment and discharging firearms inside of the city limits; Ashanti Tolbert, 20, of Atmore, will be charged with disorderly conduct; and Breanna Williams of Bay Minette, will be charged with assault III and disorderly conduct. The juvenile’s name will not be released because of her age.

McMann said at approximately 9 p.m. on May 5, APD officers responded to the Mexican restaurant on East Church Street in reference to a fight inside the restaurant.

“While enroute to the call, the officers were notified that shots had been fired in the parking lot,” McMann said. “When the officers arrived on the scene, all parties involved in the incident had left the scene. Officers located five spent shell casings in the parking lot. The on-call investigator responded to the scene.”
McMann said the investigator, through videos and witnesses, learned that two adult females (Tolbert and Williams) noticed each other in the restaurant as they were eating with different groups and began staring at each other.

“They had been having an ongoing disagreement on social media,” he added. “A fight started soon after and the friends of the combatants attempted to separate them, but the fight spilled out in the parking lot.”

McMann said as one of the vehicles was leaving the property, a juvenile female fired five rounds from a handgun into the air.

The juvenile’s case will be referred to the Escambia County Juvenile Probation Office, McMann said.

The investigation is continuing as there could be additional charges, McMann said.