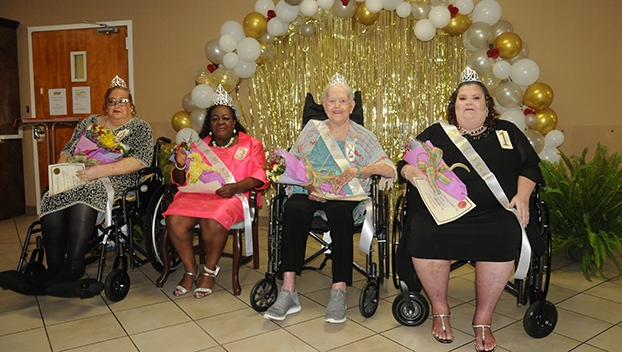 Ola Haughton was crowned the 2022 Ms. Atmore Nursing Center during a pageant ceremony held May 10.

The pageant marked ANC’s first since 2019 because of the pandemic. In 2019, Ms. Ladore Carter was crowned Ms. ANC. Carter has since passed.

Haughton was one of four contestants who participated in the pageant. Other contestants included Jena Capps, Patricia Amon and Jody Carter.

Each contestant was asked a different question during the interview portion of the pageant.

Gracie and Ella Wall, and Tevin McClain assisted with the pageant.