Atmore native to bring ‘The Repercussion’ to GECA this weekend 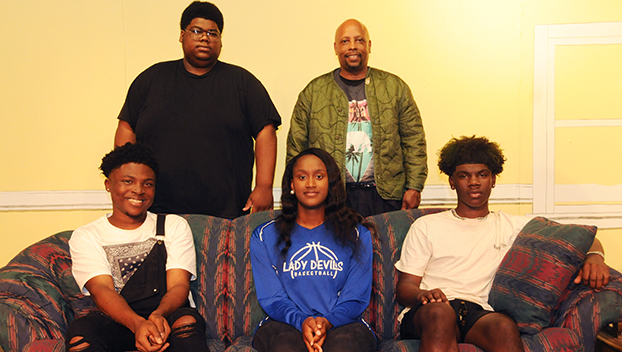 What will she do? Just lie there or get back up and put the pieces back together again?

Those questions will be answered this weekend in “The Repercussion” at the Greater Escambia Council for the Arts.

Atmore native Sherese Craft wrote “The Repercussion.” Craft also directed and has a role in the play.

Craft said rehearsals began in March, and the play is about a blue-collar family that works through their daily lives.

“They work hard to provide for their kids, and want their kids to be the best in life and send them off to college,” she said. “They also have help from their uncle and family friend, Malik.

“One of their daughters has a boy she likes and he comes in and up ends everything in her life,” she added. “It’s up to her to either lie there or just get back up and put the pieces back together again.”

Craft said she came up with the concept of the play by writing in her journal.

“I wrote it a couple years ago,” she said. “There are a bunch of scripts that I haven’t put on the stage. I just started writing it and it’s something everybody deals with every day.”

For the actors, production has been fun in the lead up to tomorrow night’s opening show.

“It’s been fun,” Moore said. “It’s fun and sort of new and something I’ve never done.”

Moore added that he hopes the audience will feel what the characters will go through in the play.

Short said he learned a lot about acting, adding that he’s looking forward to Friday.

“I’m looking forward to just going out there and doing it,” Short said. “And showing our hard work to people, especially to show how much Sherese has been putting into this production.”

Craft said she’s thankful for the actors’ work ethic.
“I just want to thank my cast for coming together, and helping me and working as a team,” she said. “I’ve really enjoyed it thus far. They’re doing really well.”

Tickets cost $20 and can be purchased at the door. Cash only.

Ivey asks for a ‘Yes’ on state parks amendment