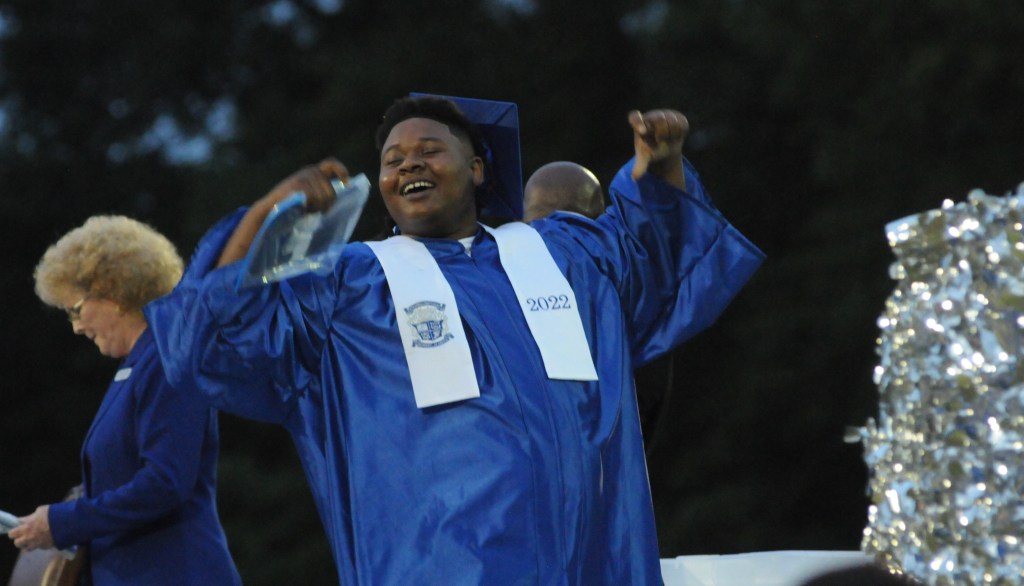 “This has been a long four years, especially the last two years,” Principal Amy Cabaniss said. “As a community and a class, don’t let anyone tell you you are less than. You are more than anything.”

Valedictorian Aniya Stots said the future is bright for the class.

“What is important is that we’re all here to celebrate our trials, our achievements and our accomplishments,” Stots said. “Each of us has hd our own unique experience at Escambia County High. it was a combination of good times and bad times.”

Stots said the past few years, she’s seen each one of her classmates grow.

“You have shown everyone that you have the ability to achieve anything,” she said.

Stots said the class has a long journey ahead, and the results will speak for themselves.

“To my fellow classmates,” this is not goodbye, but this is ‘See you later,’” she said. “You’re the narrator of your own life, so don’t give the pencil or pen to anyone else.”

Salutatorian Jykeria Wilson said they all should be proud.

Wilson thanked the school faculty and staff for their support through the good and bad.

“To my friends, thanks for the memories and I can’t wait for the next chapter of our lives,” Wilson said.

After diplomas were presented, the Class of 2022 turned their tassels, and the Blue Legion played the alma mater during the recessional.