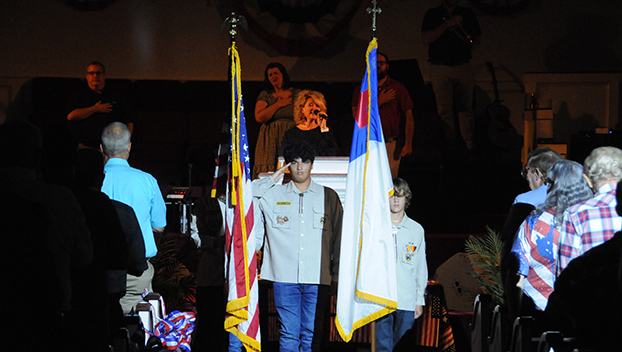 Women and men in the United States military were honored and recognized during First Assembly of God Atmore’s Celebration of Freedom on July 3.

The annual celebration is held at the church as a way to say thank you to those who are and have served the country in the armed forces. The service included patriotic songs and readings, playing of “Taps” and guest presentations.