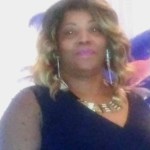 She was preceded in death by her parents, Alexander Scott Jr. and Lizzie Mae Scott; her grandmother, Gladys Anderson; and her step-daughter, Vickie Curry.

A funeral service was held on July 16, 2022 at 11 a.m. at Pilgrim Lodge Baptist Church in Century with the Rev. Michael Steward officiating. Inhumation was in Century Cemetery with Turner Funeral Chapel directing.