An Atmore man and a Jay, Fla. woman died in a multi-vehicle crash July 20 on Interstate 65 near the 20-mile marker in the Creola City limits, according to the Alabama Law Enforcement Agency.

Senior Trooper Anna Peoples said in a release that Brittney K. Talbot, 37, of Jay, was fatally injured when the 2001 Honda Civic she was driving was struck by a 2021 Dodge Ram, which was driven by David R. Mayfield, 35, of Springville.

Peoples said the Civic that Talbot was driving then crossed the median into the northbound lanes of traffic and struck at 2021 Ford F-150 driven by Jesse M. Reed, 55, of Bay Minette and a 2015 Toyota Highlander driven by Timothy M. Ratliff, 58, of Mount Olive.

“Talbot and a passenger in the Civic, Christopher D. Knighten, 38, of Atmore, were pronounced deceased on scene,” Peoples said.

Peoples said Talbot and Knighten were not using seat belts at the time of the crash, which occurred at approximately 12:45 p.m. yesterday.

Both lanes on the northbound side of the interstate were closed for more than 3 hours.

Nothing further is available as troopers with ALEA’s Highway Patrol Division continue to investigate. 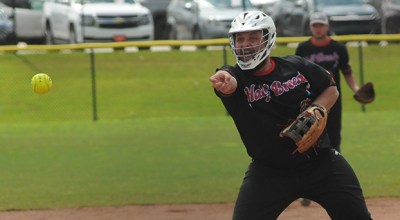