A woman and a man from Century, Fla. were arrested July 28 on drug charges, according to the Atmore Police Department. 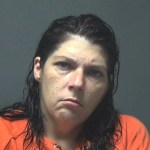 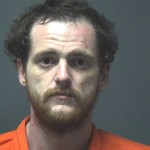 McMann said on July 28 at approximately 1:10 p.m., APD officers were dispatched to Walmart in reference to two females shoplifting.

“While enroute to the call the officers were updated by the dispatcher that the suspects ran from the store toward Little Caesars,” McMann said. “Several citizens flagged the first responding officer down and told him the two females jumped into a blue four-door vehicle with Florida plates and were last seen heading south.”
McMann said officers searched the area, and contacted loss prevention at Walmart.

“Loss prevention advised the officer that the two females left the items they were attempting to leave with in the shopping buggy as they ran from the scene,” he said. “Loss prevention identified Shana Killam, 38, of Century as one of the suspects. Killam has also been trespassed from Walmart as a result of a prior theft.”

McMann said a short time later, one of the patrol officers observed the vehicle at the gas pumps at the Diamond Station on Highway 31.

McMann said Howard and Killam were transported to the Escambia County Detention Center in Brewton.