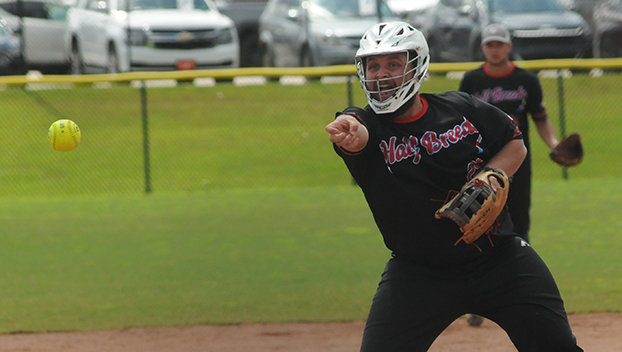 The softball tournament brought together teams from Tribes from around the country. This year’s teams included from the Poarch Creek Indians, Mississippi Band of Choctaw Indians, Eastern Band of Cherokee Indians and the Seminole Tribes of Florida.

PCI Sports Coordinator Jake McGhee said the tournament, which lasted from Aug. 11-13, went off well despite rains that came through on Friday.

“We did get some rain on Friday, and that put us back, but it didn’t push us back too much,” McGhee said. “We were able to stop where we weren’t too far behind.

“Our great staff got after it and put a lot of work on the fields,” he said. “Overall, I thought we did a great job and ran a really well-ran tournament.”

McGhee said of the 76 of the 79 teams that registered participated in the tournament.

Those placed first through second in each division included: